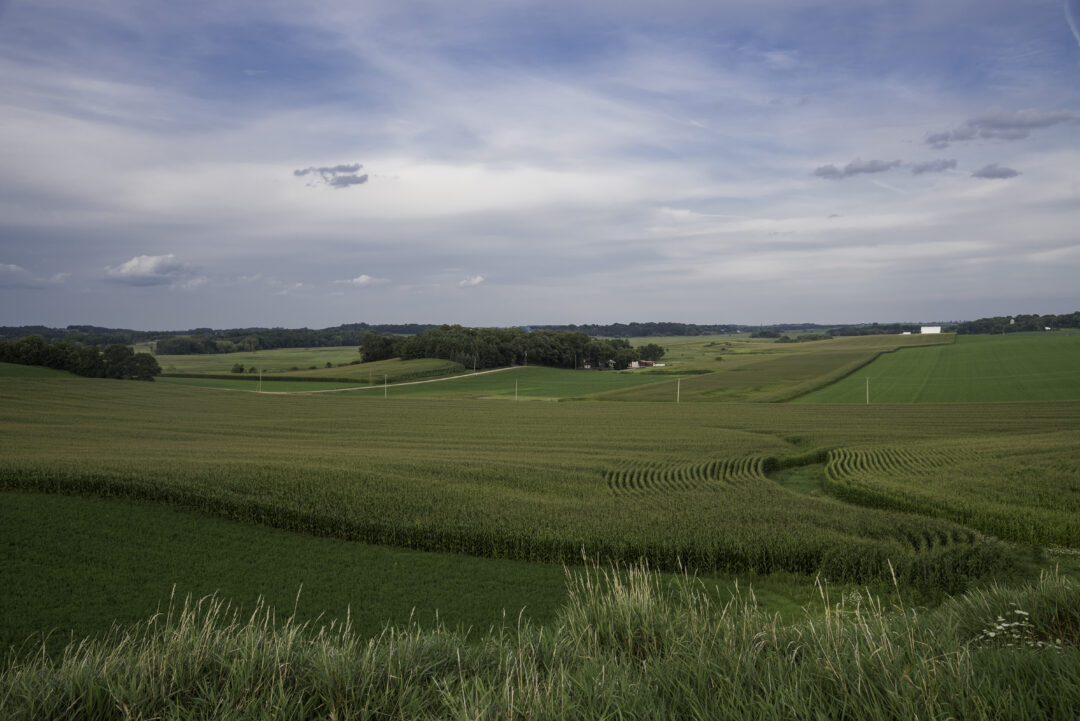 Nitrate Pollution in the Private Wells of Wisconsin

Jake Jansen is a graduate student in the Master’s of Sustainable Peacebuilding program at UW-Milwaukee.

Summary: Nitrate pollution in private wells from agriculture run-off is a growing problem in the state of Wisconsin. Often, this pollutant is going unnoticed, and it is having devastating health and economic impacts. The issue is often a polarizing issue in a state with a significant rural and urban divide, but the access to clean drinking water shouldn’t be so divisive. It’s a human right, and assuring this right is an important peacebuilding issue in for the state of Wisconsin.

Even in the fresh water rich state of Wisconsin, nestled next to one of the longest rivers and two of the largest freshwater lakes on the face of the planet, many of its residents drink poisonous water daily. One of the most prevalent and harmful contaminants found in Wisconsin’s drinking water are nitrates. This pollutant is typically found in chemical fertilizers and human and animal waste. While there can be a variety of point sources, in the state of Wisconsin, agricultural practices are the main source of nitrate pollution. Farmers apply fertilizers with high levels of nitrate to their crop fields, and in snowmelt or rain these pollutants are ending up in the state’s groundwater (Knobeloch, 2013). Due to higher agricultural production, the groundwater on the southwest part of the state sees the highest levels of nitrate pollution. UW-Steven Point’s Center for Watershed Science and Education developed an interactive map, which best depicts these pollutant levels on a county basis across the state.

Groundwater is the primary source of drinking water for more than two-thirds of Wisconsin residents. Furthermore, around 30 percent of the state gets their drinking water from a private well, which relies on groundwater. Wisconsin has one of the highest per capita private well usage compared to any other state in the nation (EPA, 2013). Unlike city water, it’s up to the private well owner to test and treat their water source on a regular basis. Because well-stewardship is up to the individual, many private well consumers are drinking contaminated water without knowing it. According to the Wisconsin Department of Health Services, most studies estimate that over 10 percent of Wisconsin’s private wells have high levels of nitrate. Thus, at least a quarter-million of Wisconsin’s residents are drinking from an unsafe source of water on a daily basis.

Drinking high amounts of nitrate harms human health. Some of the most notable impacts from drinking this water is a higher risk of certain cancers and improper fetal development during pregnancy. In a 2020 study published by Paul Matthewson et al., they predict the nitrate contaminated water is directly responsible for at minimum 111–298 different forms of cancer diagnoses a year (Matthewson, 2020). Furthermore, this study indicates similar numbers for the amount of premature births each year in Wisconsin because of maternal exposure to nitrate polluted water. Wisconsin’s public health is significantly threatened by this containment.

These health risks don’t come without a price tag either. The study estimates that these negative health outcomes are costing the people of Wisconsin anywhere between $23 million and $80 million each year. This is only factoring in medical expenses too (Mattewson, 2020). Other than aiding financial returns on crop fields, nitrate pollution is burdening the state from many economic angles. It’s hard to put an exact number on it, but nitrate pollution is also increasing city water bills. Nitrates are going unnoticed in private wells, but they are showing up at city water treatment plants too. To assure city resident water is without nitrates, this comes with a cost to the taxpayer. It’s quite clear nitrate water pollution has many downstream effects.

No one wants to consume nitrate polluted water, but the reality is this is a latent issue that’s only getting worse. Regularly testing the water as a private well owner isn’t common knowledge. The Wisconsin Department of Natural Resources estimates only 10% of the almost one million private well users test their wells according to the recommended guidelines. Promulgated by a widely accepted belief of Wisconsin having naturally clean water, many rural residents of Wisconsin assume their water is pristine. Malecki et. al conducted a study on motivations and barriers to private well testing in the state. They found there is a persistent belief that if the water looks and tastes good, it is safe to drink. This is problematic because most water contaminants can’t be detected by eyesight or taste. Lack of awareness seemed to be the most prevalent factor preventing private well testing. Additionally, the cost of testing poses a financial barrier too (Malecki, 2017). The cost for the standard water testing kit through the Wisconsin State Laboratory of Hygiene cost $309. That is a significant expense, especially since this test is recommended on an annual basis. Nitrate pollution can happen to any private well owner, but detecting this pollution is an economic burden. Those with lower socioeconomic status are more susceptible to drinking harmful water, therefore this quickly becomes an issue of economic equity and environmental justice.

So how do we fix this growing problem? Far too often this issue gets boiled down to environmentalists vs. Wisconsin farmers. This framing in itself sets up an equation for inaction, especially when it becomes a policy debate between the two-party system. While the farmer’s practices may be the root cause of the nitration pollution, antagonizing the farmer isn’t going to bring change. After all, most farmers are likely consumers of private well water themselves. Even in a time of deep polarization, most Wisconsinites can agree there is value to keeping our farms strong and our water clean. The two values do not have to be at ends. There can be both a thriving agricultural community and clean water for all. Yet, to improve the bottom line of farmers and the environment, it will take bipartisan leadership at the state government.

To minimize nitrate runoff, farming practices are going to have to adapt and incorporate sustainable practices like cover crops, no-till farming, or turning cropland into grassland. Any kind of change, especially for a struggling small farm, is difficult. Therefore, the state government must step in and create programs that financially support farmers in adopting these new practices. Luckily, in the partial 2020 legislative session, conversation on this topic was more prevalent than it was before, and bipartisan support seems to be growing. Hopefully, this momentum continues during the 2021 legislative session. All Wisconsin residents have a right to safe drinking water, and many residents aren’t receiving this right today. Until this clean drinking water is available for all, the state has a lot of work to do.